Madagascar is estimated to have between 13,000 and 14,000 plant species, 80% of which are endemic. Endemism is particularly high amongst baobabs, palm trees, and orchids, including six of the world’s eight species of baobab. Likewise, mammals also display a high level of endemism, particularly amongst lemurs and other primates. Madagascar is home to many different species of birds.

The major threats to Madagascar’s biodiversity include: deforestation and forest degradation; illegal exploitation of natural resources, including timber, as well as many terrestrial and marine species; the impact of alien invasive species and disease; as well as environmental impacts from extractive industries such as mining. Climate change remains a short and long-term threat to Madagascar’s ecosystems, particularly marine ecosystems.

Madagascar is classified among the 10 hotspots of the world biodiversity. The unique natural heritage of Madagascar is severely threatened. The natural forest which originally covered most part of the island is rapidly disappearing. Over the past years, tremendous progress has been made on comprehensive studies, conservation, and on Madagascar’s flora and wildlife future.

Madagascar is one of the rare very rich countries from its natural resources point of view. It must take care of its natural capital and wisely manage its biodiversity through restoration and sustainable and fair use actions for the benefit of its citizens. Actually, its natural ecosystems are characterized by the diversity and the endemism of its flora and fauna species. Despite the assets that Madagascar has had since 165 million years, the unsustainable exploitation of its biodiversity and the loss of systemic eco-services represent a large threat to the realization of its forest policies and its biodiversity. And even though the latter is not yet revised but is still in progress, we can already say that it matches to almost all the 2011-2020 Aichi and the Millennium Development Goals in its entirety.

Groups of animals and plants have conquered the big island by air, by sea, or carried by other animals or pieces of plants floating on the sea. Thus, they colonized empty ecological niches in Madagascar. The affinities of the Malagasy people stands are African, but also Indian, Malaysian, and Australian. However, the history of the groups of animals and plants is so old and particular that they all have something specific and unique most of the time. They were real relics which have now disappeared from the land masses but have developed in isolation in Madagascar. However, the ecological processes and biodiversity of Madagascar constitute very important economic assets. The protection of natural ecosystems maintains the primary ecological functions, like the gradual and continuous restitution of water.

The resulting soils protection prevents the accompanying problems that now chronically affect the country’s economy, such as the silting up of rice-growing perimeters, harbor and hydroelectric infrastructures, of road subsidence… As far as the climate is concerned, rainfalls in Madagascar range from 800 to 1,000 millimeters in large cities from 2010 to 2013. It rains between 80 and 90 days per year, there is a remarkable decrease compared to 2008. The annual rainfall is high from October to April, but decreases only in September and October. Regarding the temperature, the annual averages are between 13°C and 20.5°C.

A comprehensive report on legislation and policy related to protected area management, governance, and equity was undertaken by the BIOPAMA programme. It identified 75 relevant laws and policies in Madagascar (Tessema, 2019). 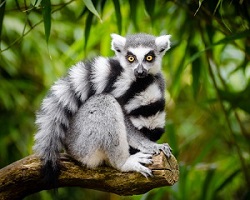 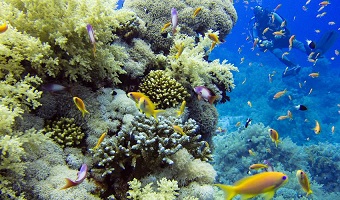