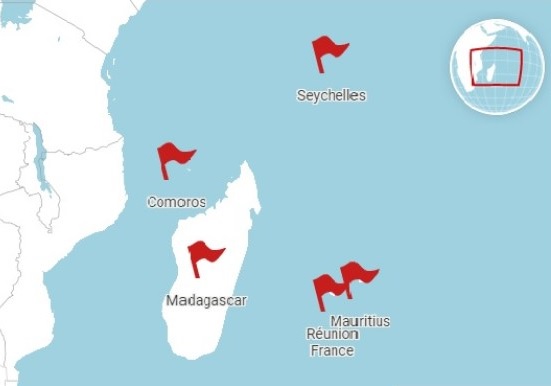 The IOC is an intergovernmental organisation established in 1984 through a general cooperation agreement known as the Victoria Agreement.  The members of IOC are the Comoros, Madagascar, Mauritius, Seychelles and the island of La Réunion (an overseas department of France). 3 The islands share commonalities in terms of natural resources rich in biodiversity, as well as environmental features which have significant influence on their national development.

Economy is highly dependent on their natural coastal and marine resources, and tourism based on natural resources’ endowment. Good environmental quality is essential for the high value-added ecotourism pursued by the countries. The environment and management of natural resources has been one of the main areas  of  cooperation amongst the member States with over EUR 205 million invested in the sector, representing almost 20 projects implemented by the IOC since 1999. Read More

Development of a Regional Strategy and Action Plan for Conserving Marine Ecosystems & Fisheries for the Western  Indian Ocean Island Marine Ecoregion comprises of the following areas of  intervention:

Capacity has been built at the institutional and at the community levels and tools have been developed to support the management of the coastal habitats and the conservation of marine and coastal resources, including: